This was always going the biggest job of the reconstruction, and without a doubt the most significant. Fortunately the fine brazil Mahogany was a little too tough for the woodworm to chew through and no significant repairs were needed, as had been the case with the stand.

To recap, the camera had been stripped down, sanded and generally cleaned of 60+ years of workshop attic dirt. The next step was then a case of cleaning and polishing the brasswork, adding a beeswax finish to the woodwork and reconstructing the camera. Sounds so simple! If only, a good few days work involved on these jobs alone…

I went for a beeswax finish for a number of reasons – mainly that I’m not keen on the orange finish of varnished mahogany, and also that beeswax gives a much more natural look. Plus it smells git nice n that.

Here’s the base of the camera after the removal of the rack/pinion rails and a final sand down, with the first coat of beeswax visible in the centre. It took 5-6 coats in all before I was pleased with the shine, although I think another coat or two once the camera is fully finished will be required to bring the finish out fully out again. 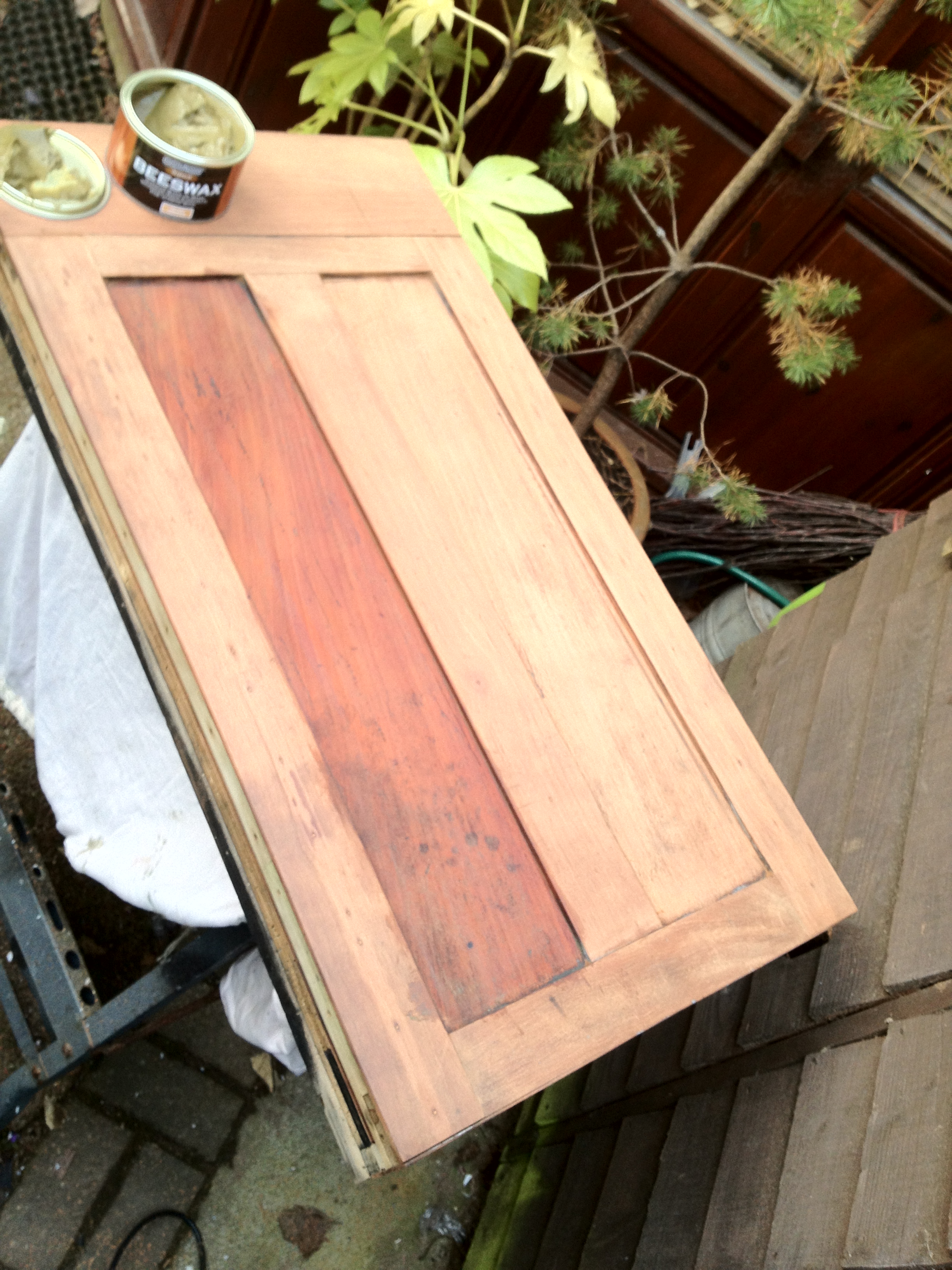 And after the aforementioned 5-6 coats: 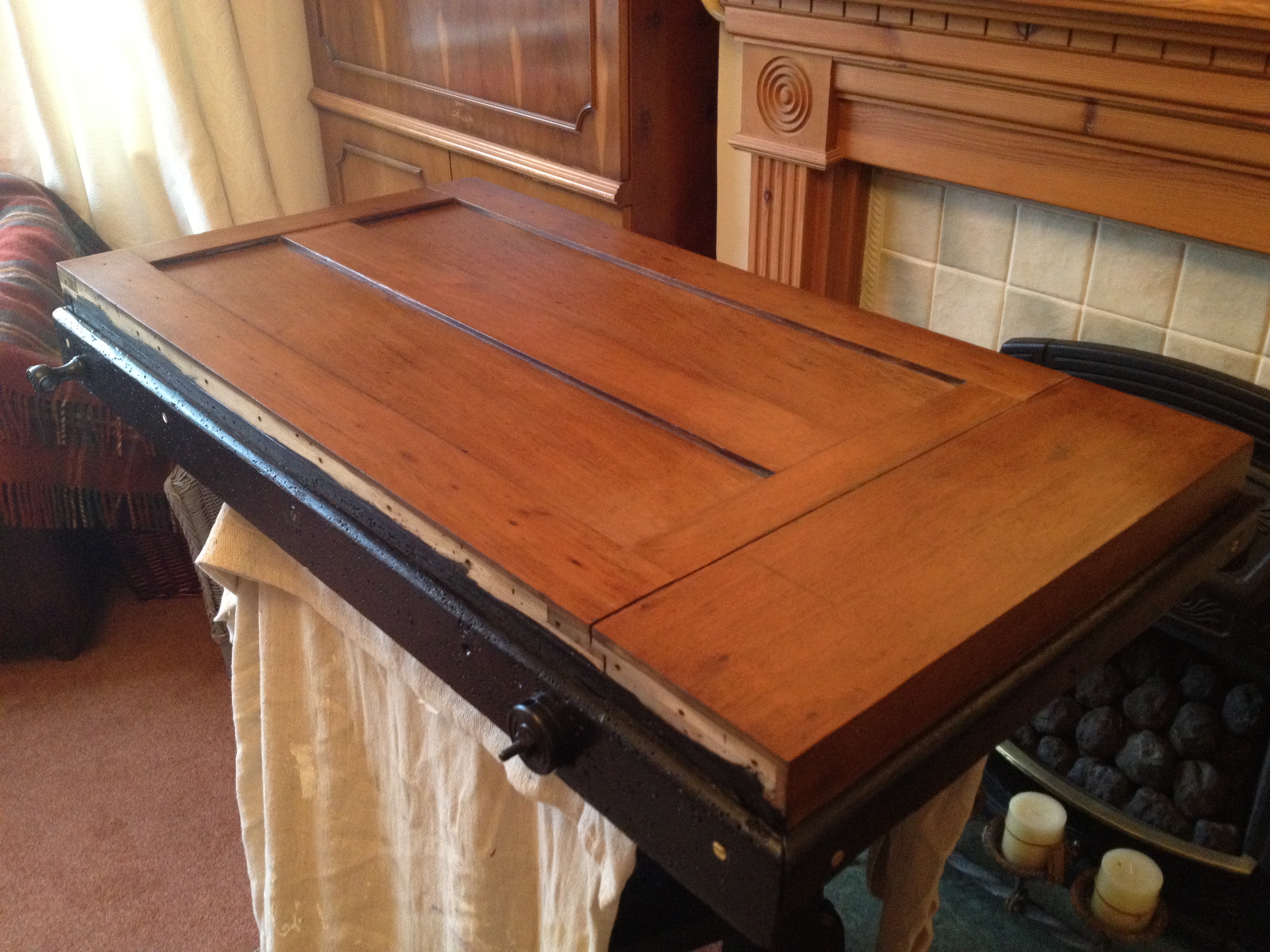 Next step was to remove dirt from the brass side rails which the camera moves, before a final polish. Before: 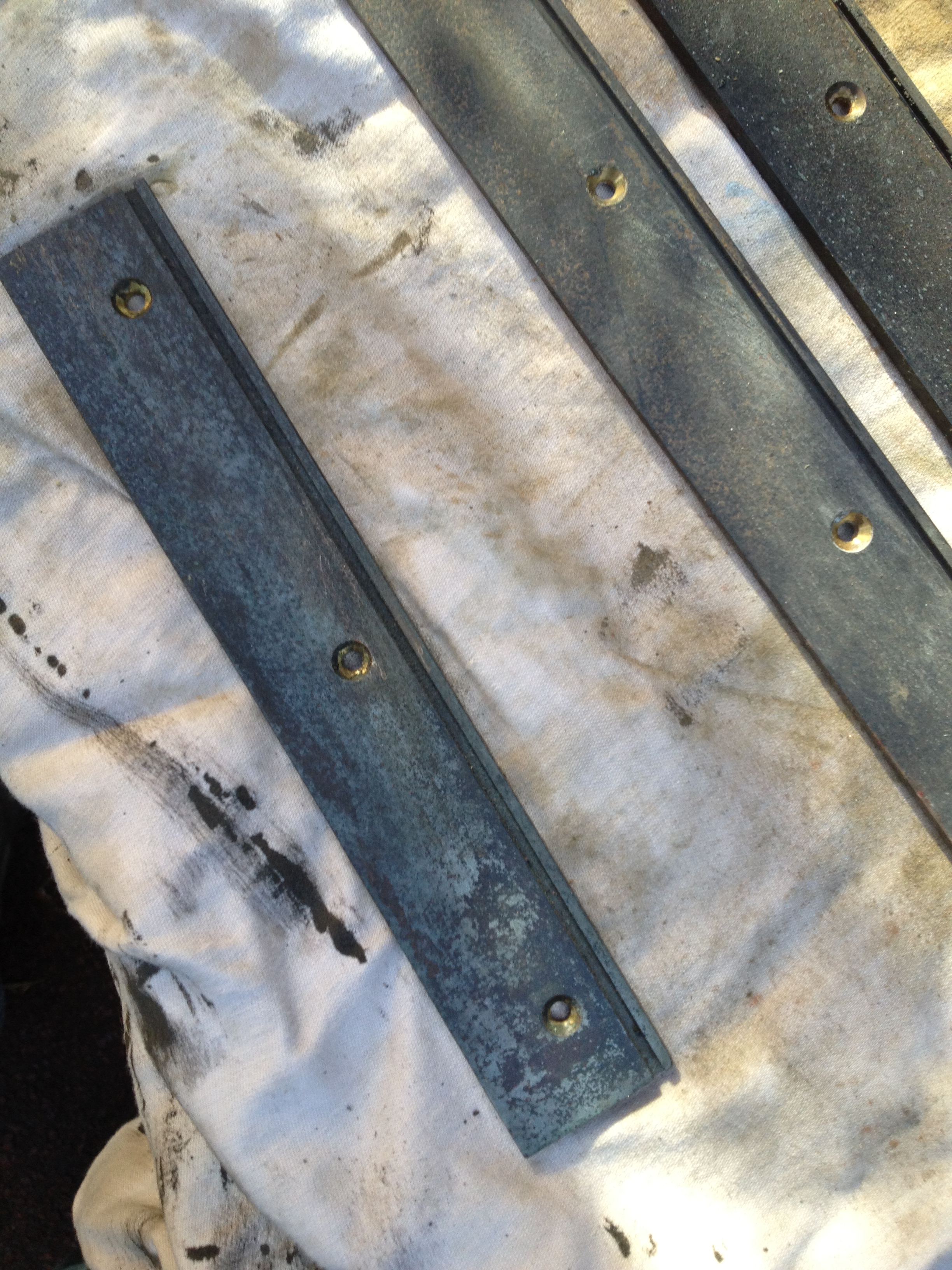 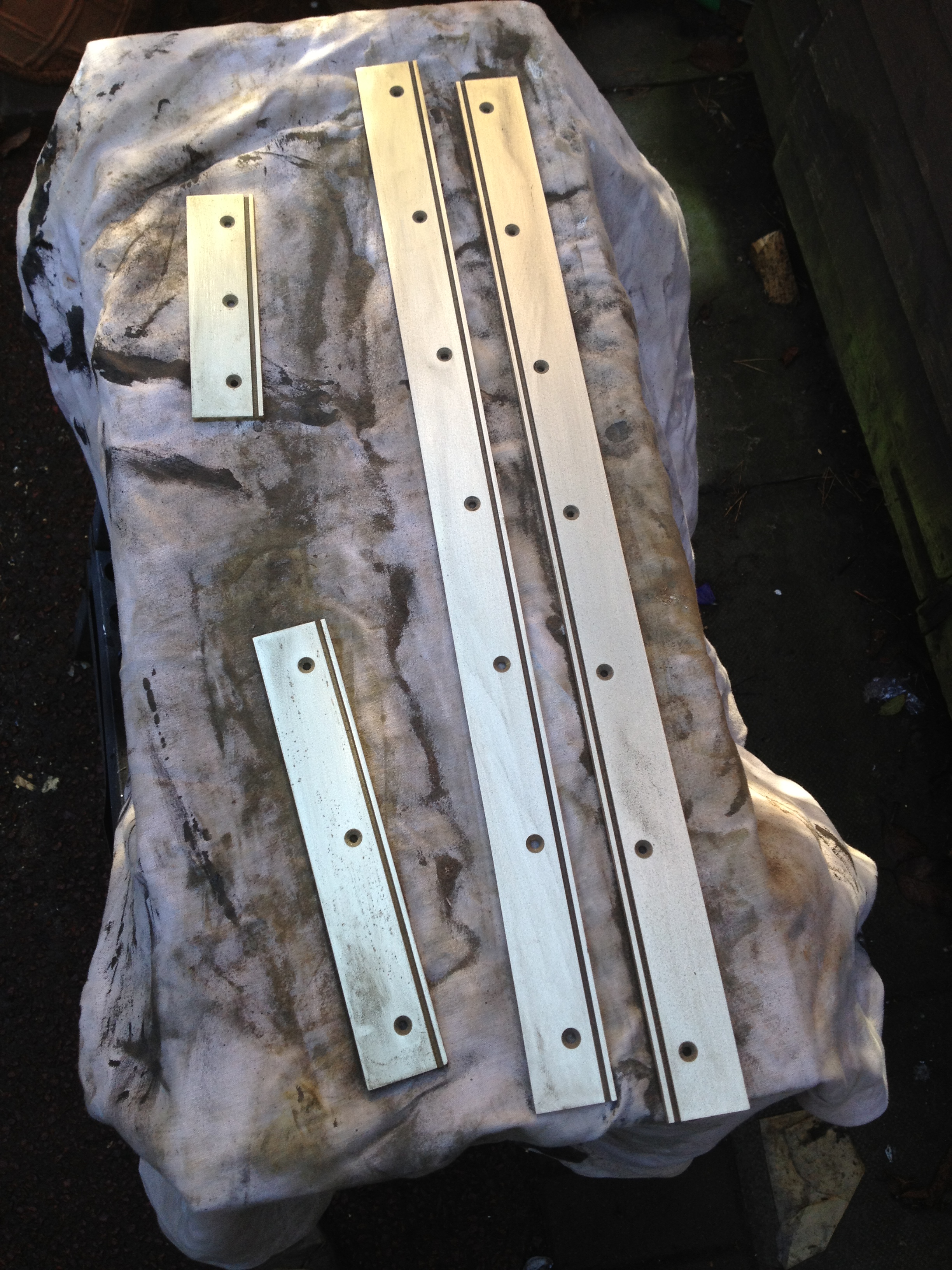 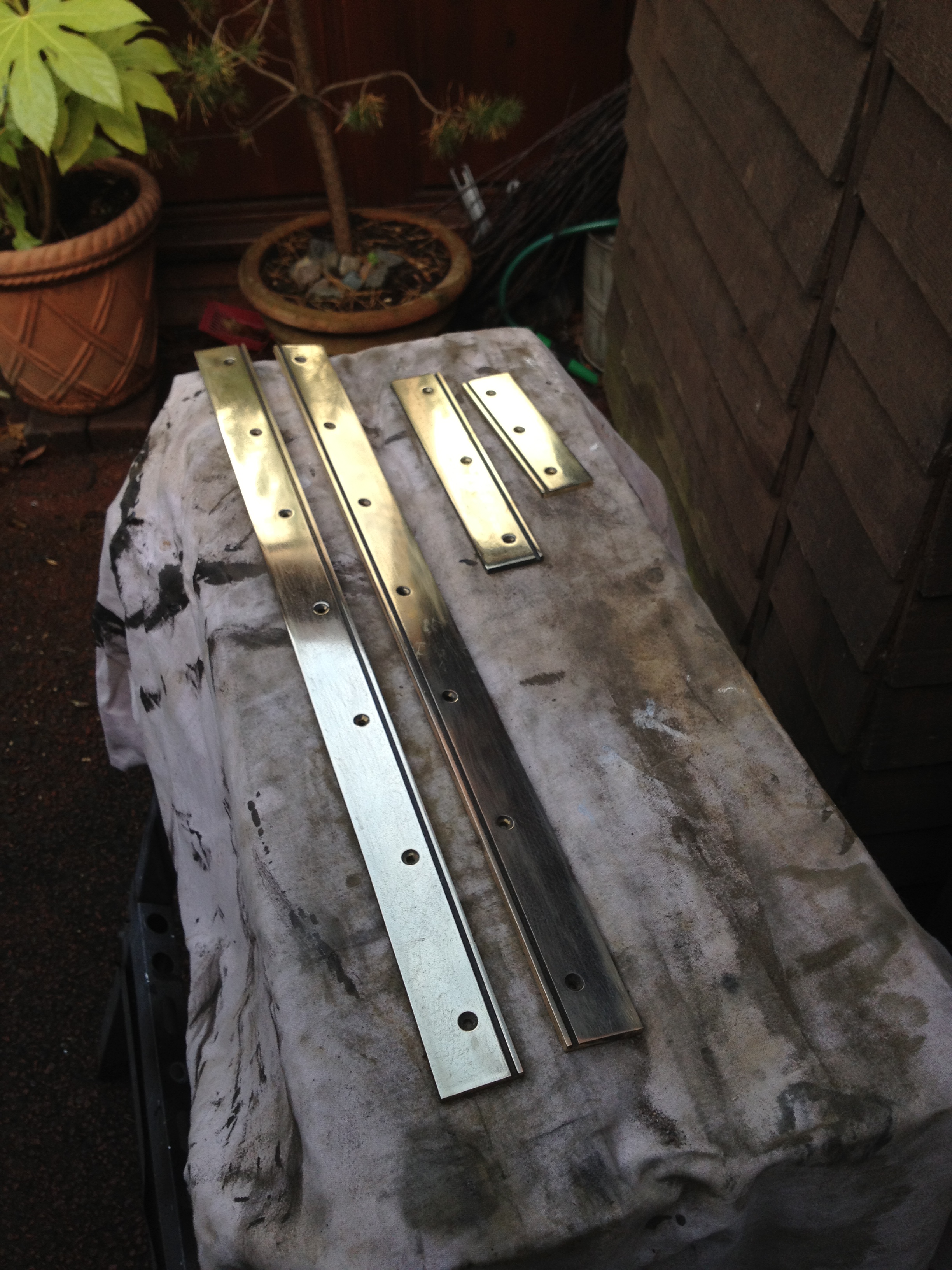 Not bad ey! The same went for the rack and pinion track which moves the camera along, and here the base and stand are reunited. Fully working in terms of tilting/height adjustments too! 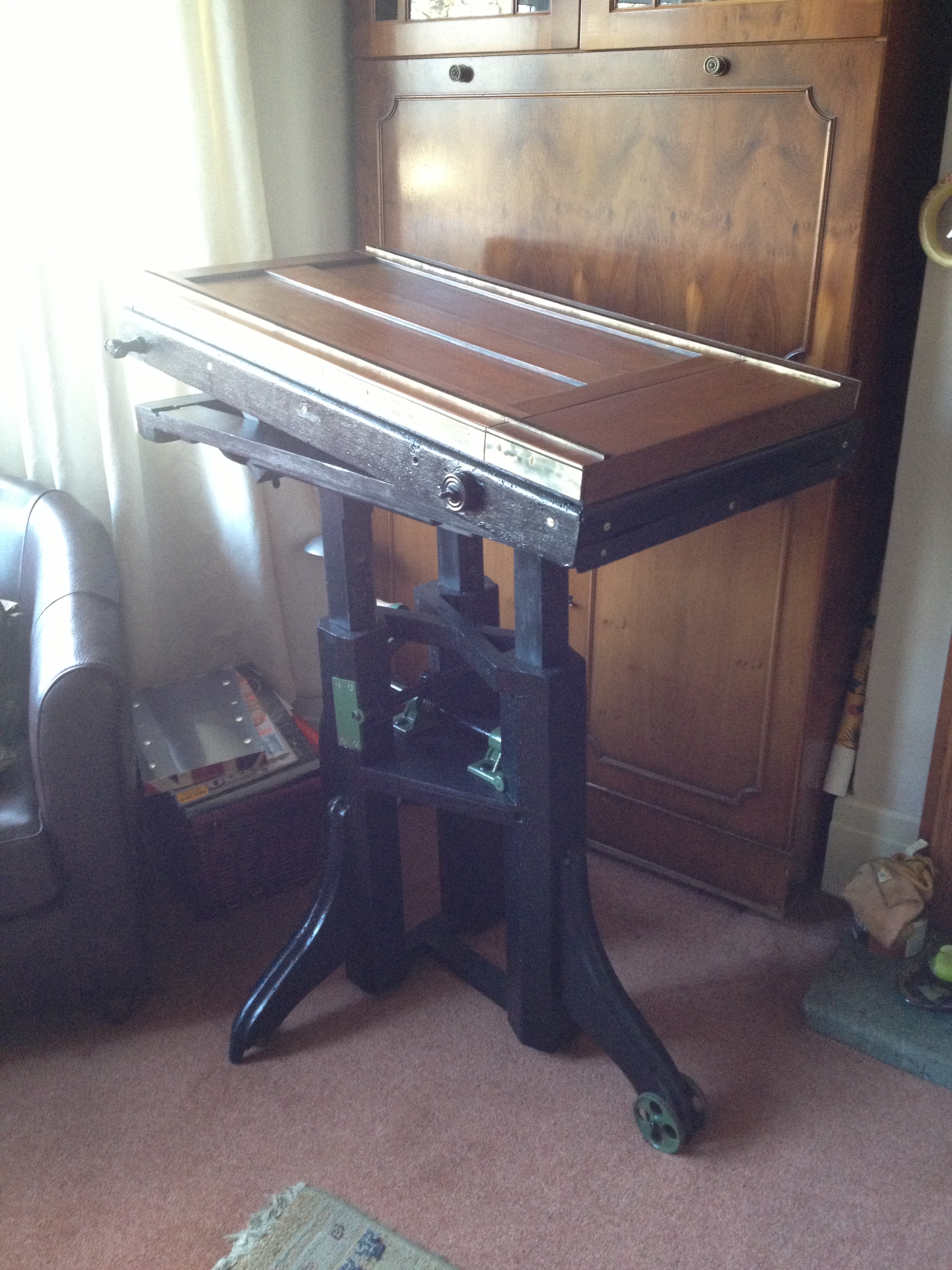 Next up, the front and rear standard of the camera, same procedure with the cleaning & polishing of the brass and beeswax coating of the outer surfaces. The insides were painted a very flat non-reflective black, as they were originally: 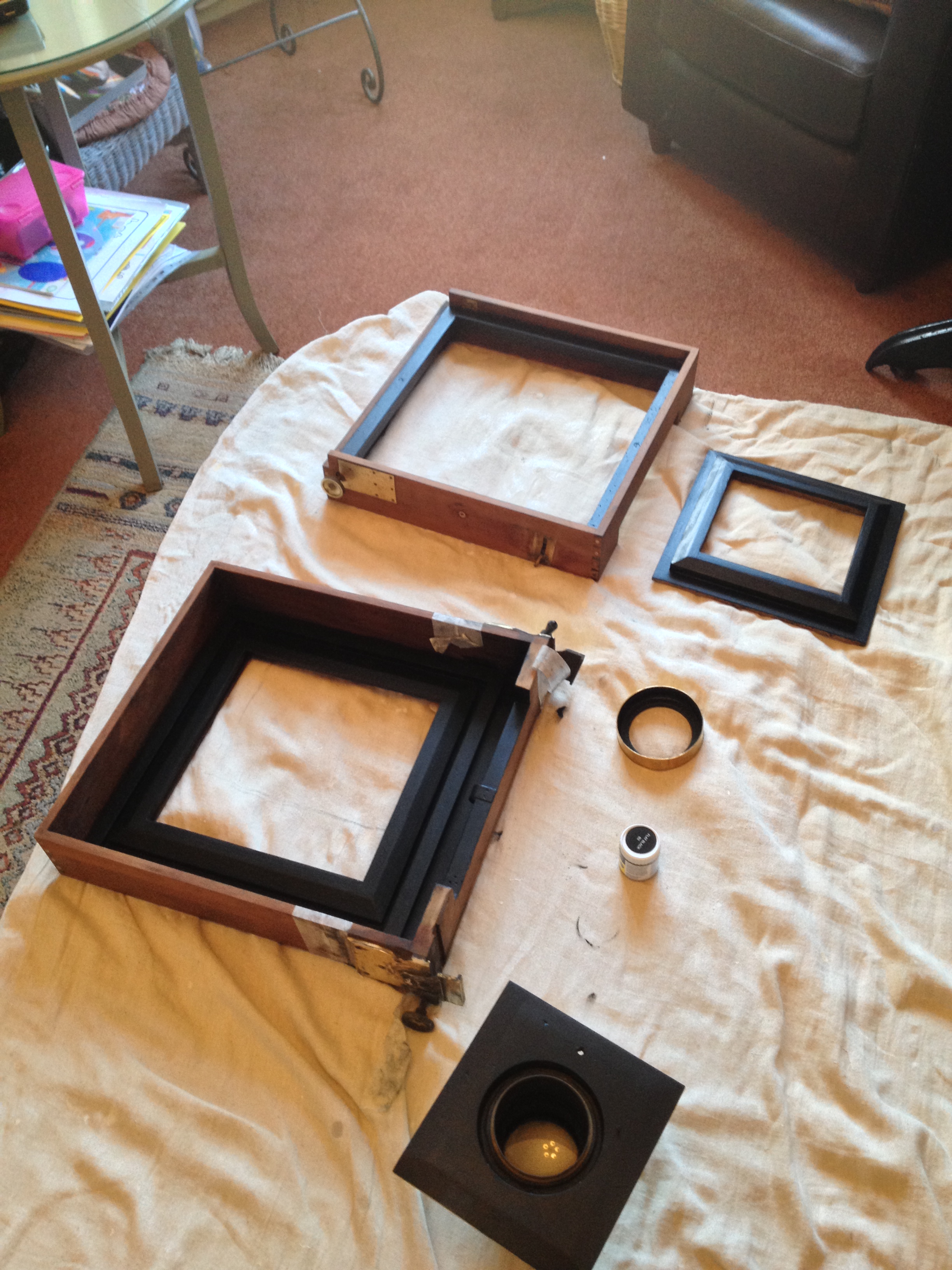 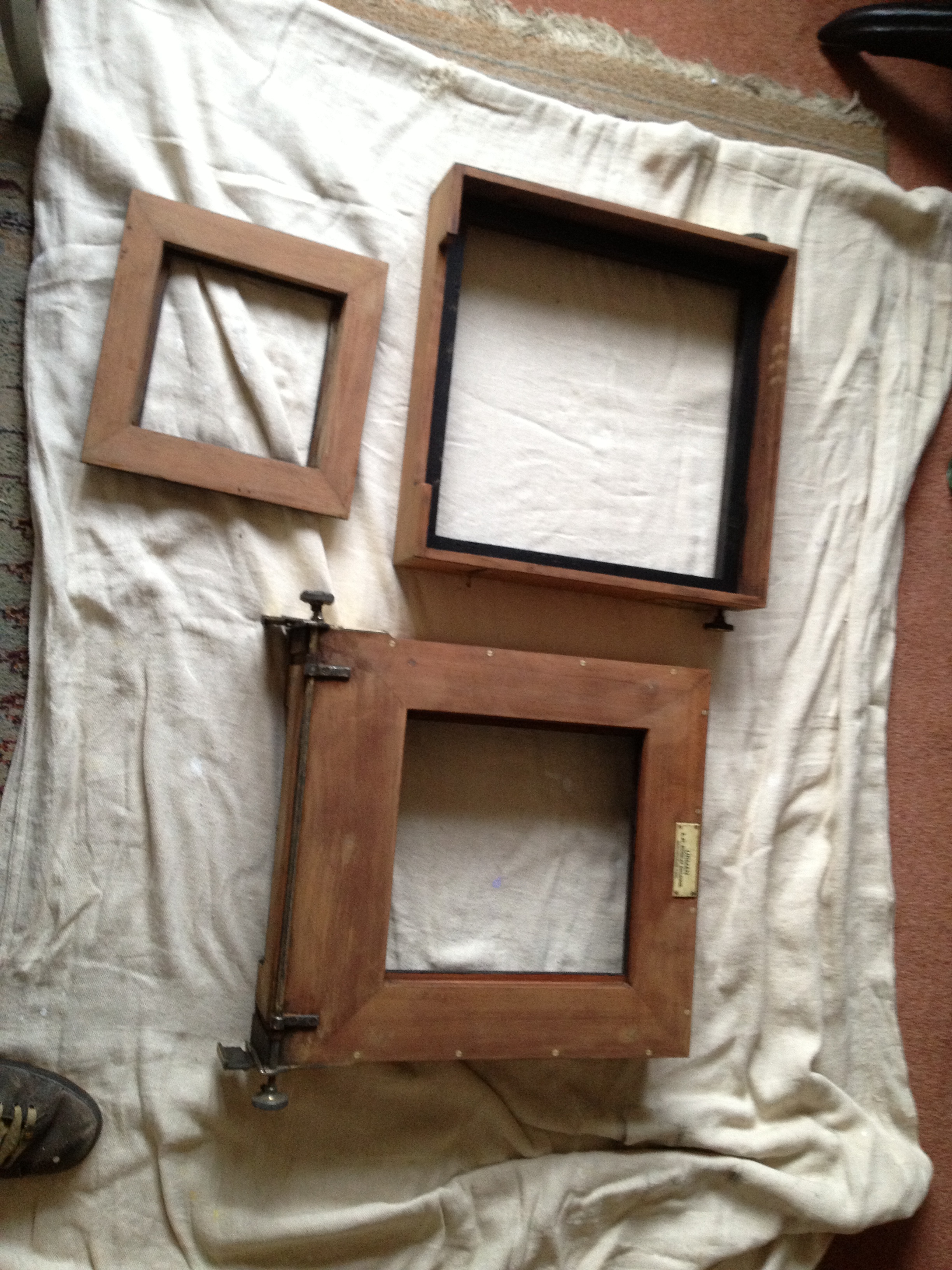 Fast forward a few hours, a few dollops of beeswax and plenty of elbow grease and the camera is looking more like a camera!!! Albeit a very large one. A few of the moving parts had to be freed up with heat, quite understandable after standing for potentially 100 years in a damp attic. 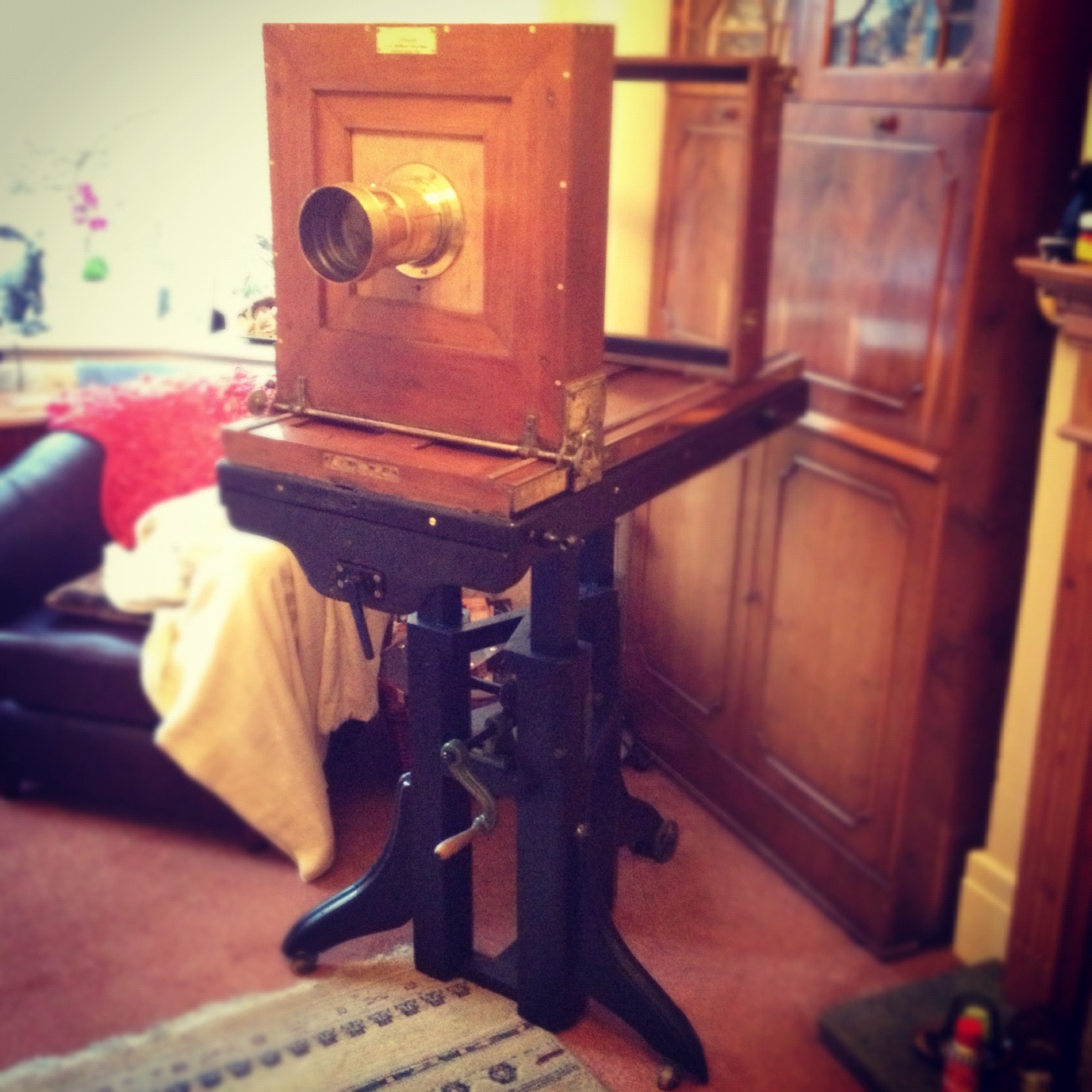 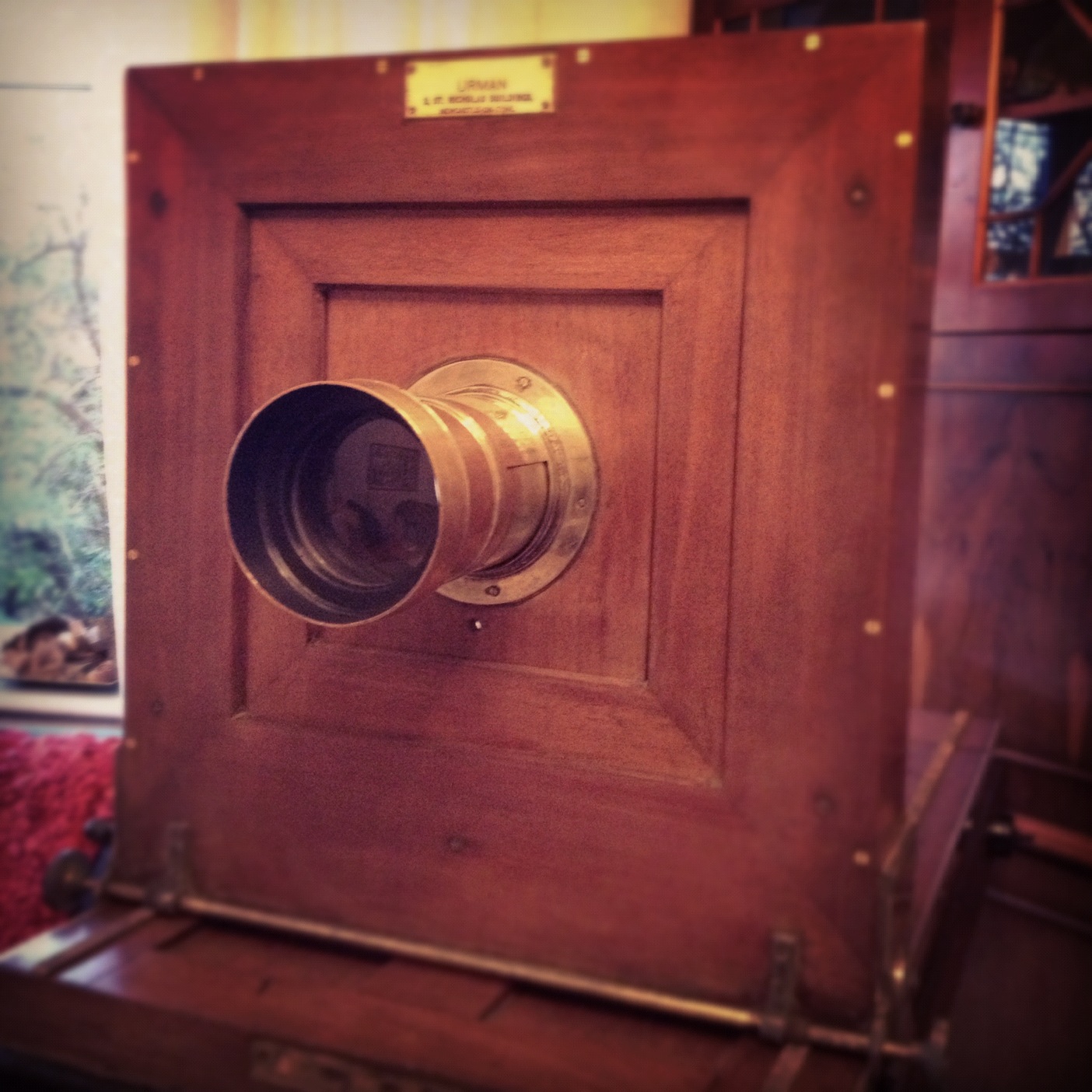 Hard to believe that it’s becoming almost ready to use again. Lets just remind ourselves what I started with:

Not far off now!! Next stop bellows…