With the stand repaired and repainted, with only a few minor finishing touches remaining, attentions turned to the camera itself. I initially felt this was probably going to be the most complex part of the reconstruction but actually, once I’d begun stripping things down it didn’t seem too bad. I’d barely seen the camera as it was straight in the freezer after collection from the lockup so took a while just looking at it after the initial unwrapping. Yikes: 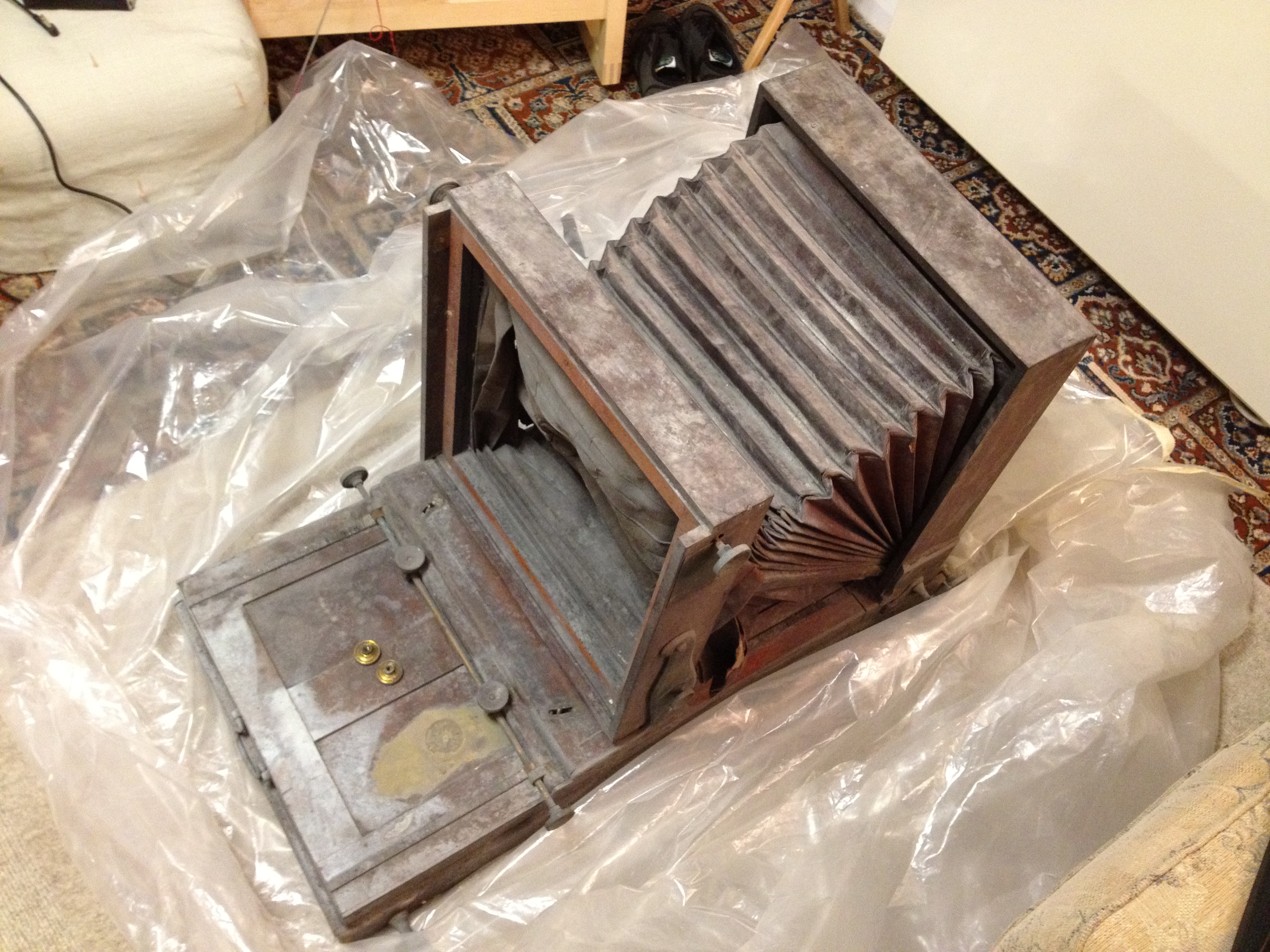 As you can see – it looks pretty awful! Lots of attic dust, overspray, even a pool of dried paint on the base itself. The brass was tarnished to the point of being black and one half of the bellows were badly ripped. Excuse the funky carpet too… Anyway, on with the stripping of the camera, I separated the front and rear standards from the base – not an easy job as the screws were set for life in most cases but after a good hour or two battling I was left with what you see below. Not much better: 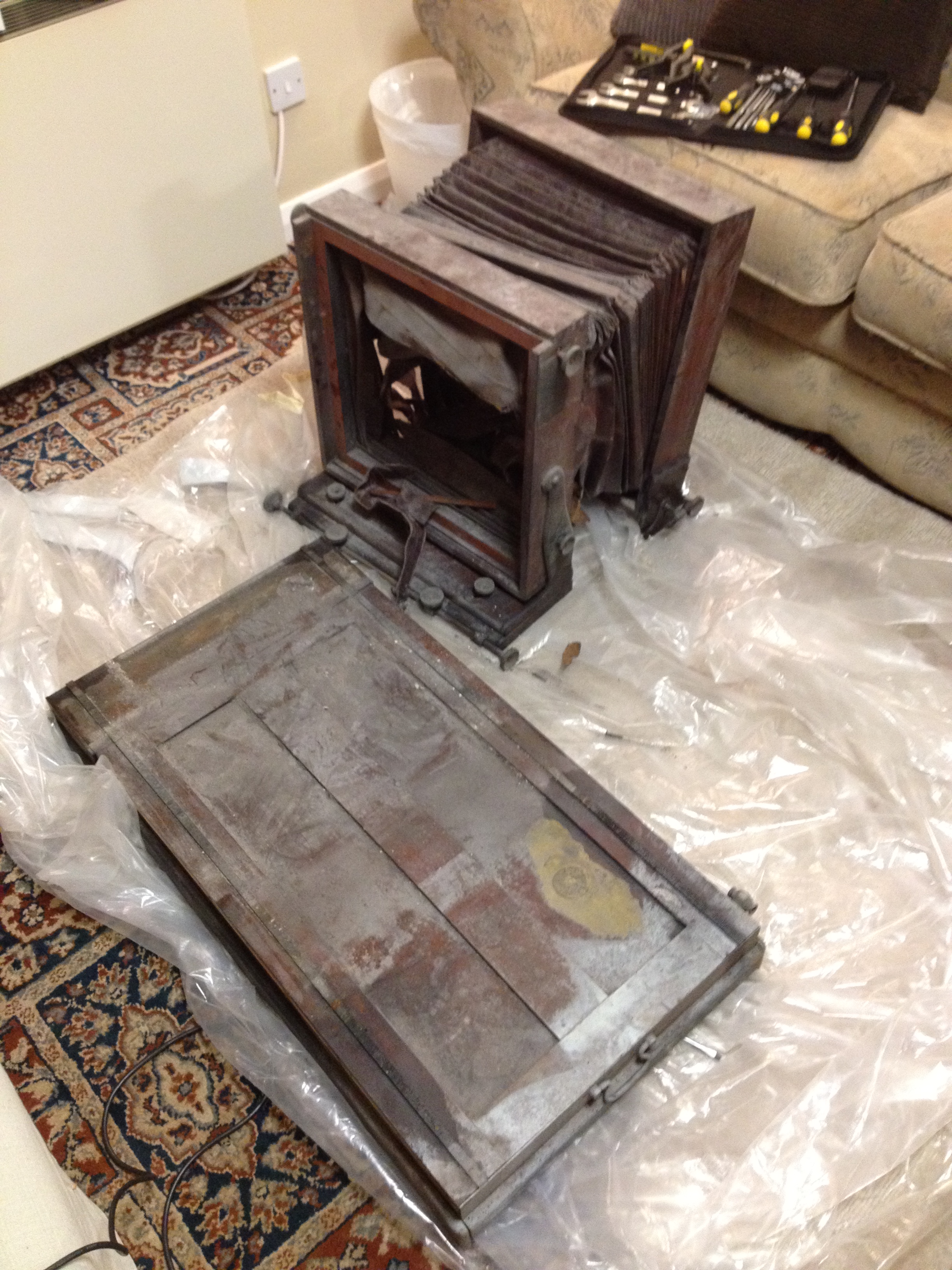 Bellows carefully removed, not that any further damage would make much difference! I think my initial plans to do some extensive repair work and use the originals were optimistic to say the least. More on those later. 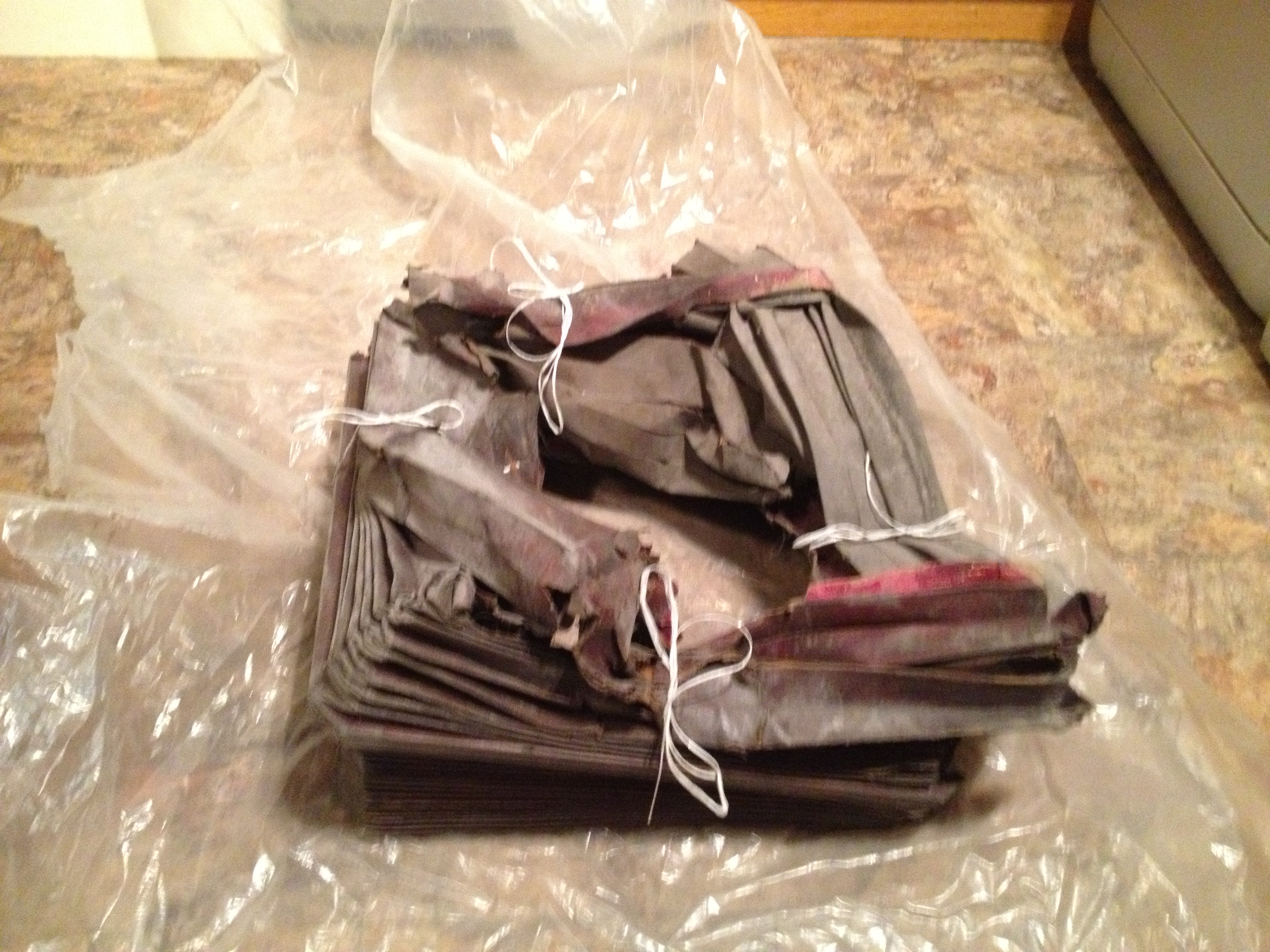 Back to the woodwork, first job was to strip everything down. Fortunately with the bulk of the camera being made from some fine Brazil Mahogany the woodworm hadn’t affected this overly due to the hardness of the wood. Which meant less repair work!! Carefully removed the brass fittings that needed to be removed and bagged those off for later polishing. Initial sanding to remove 100+ years of dirt and dust revealed the true colour of the wood – lovely: 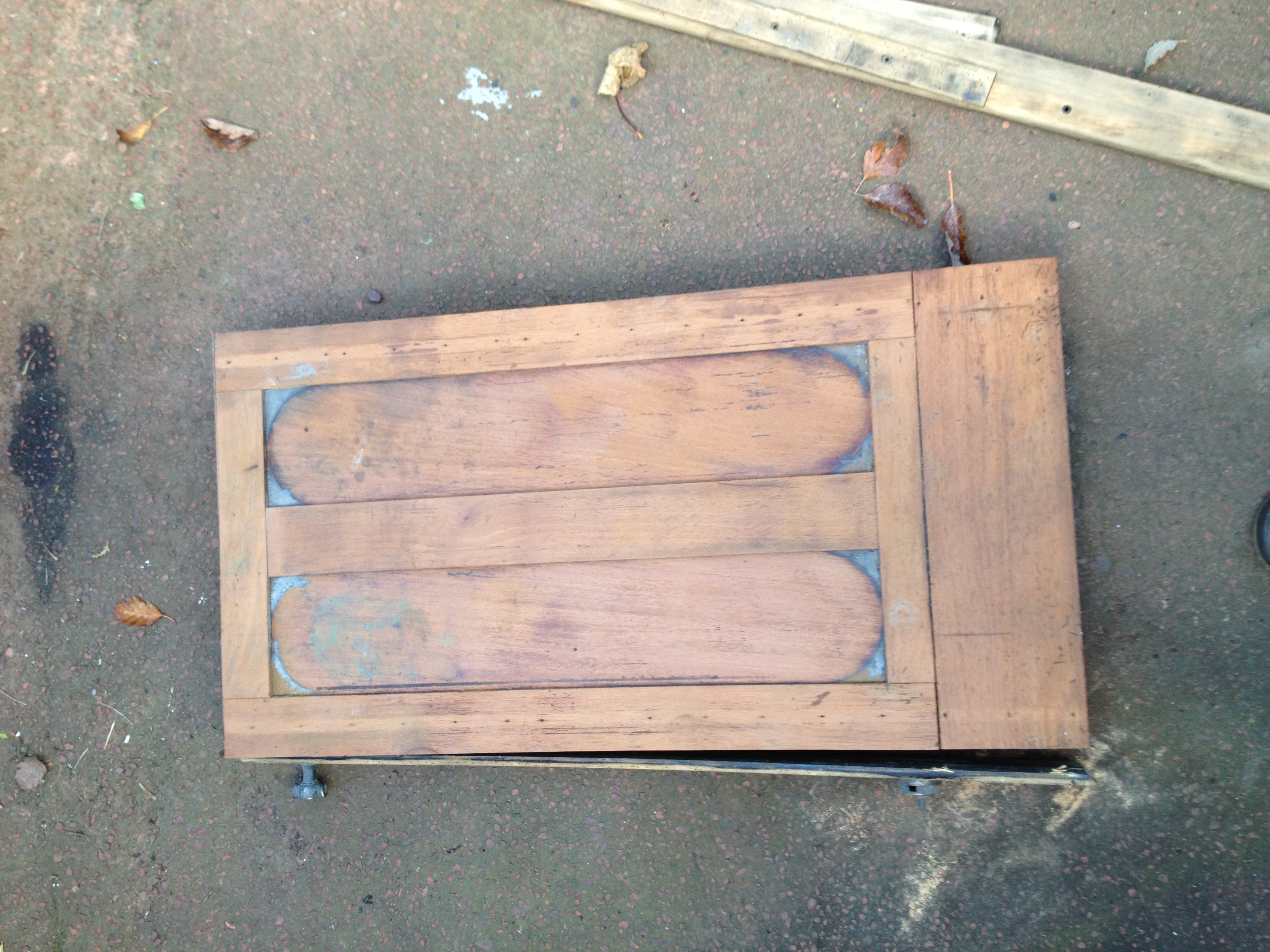 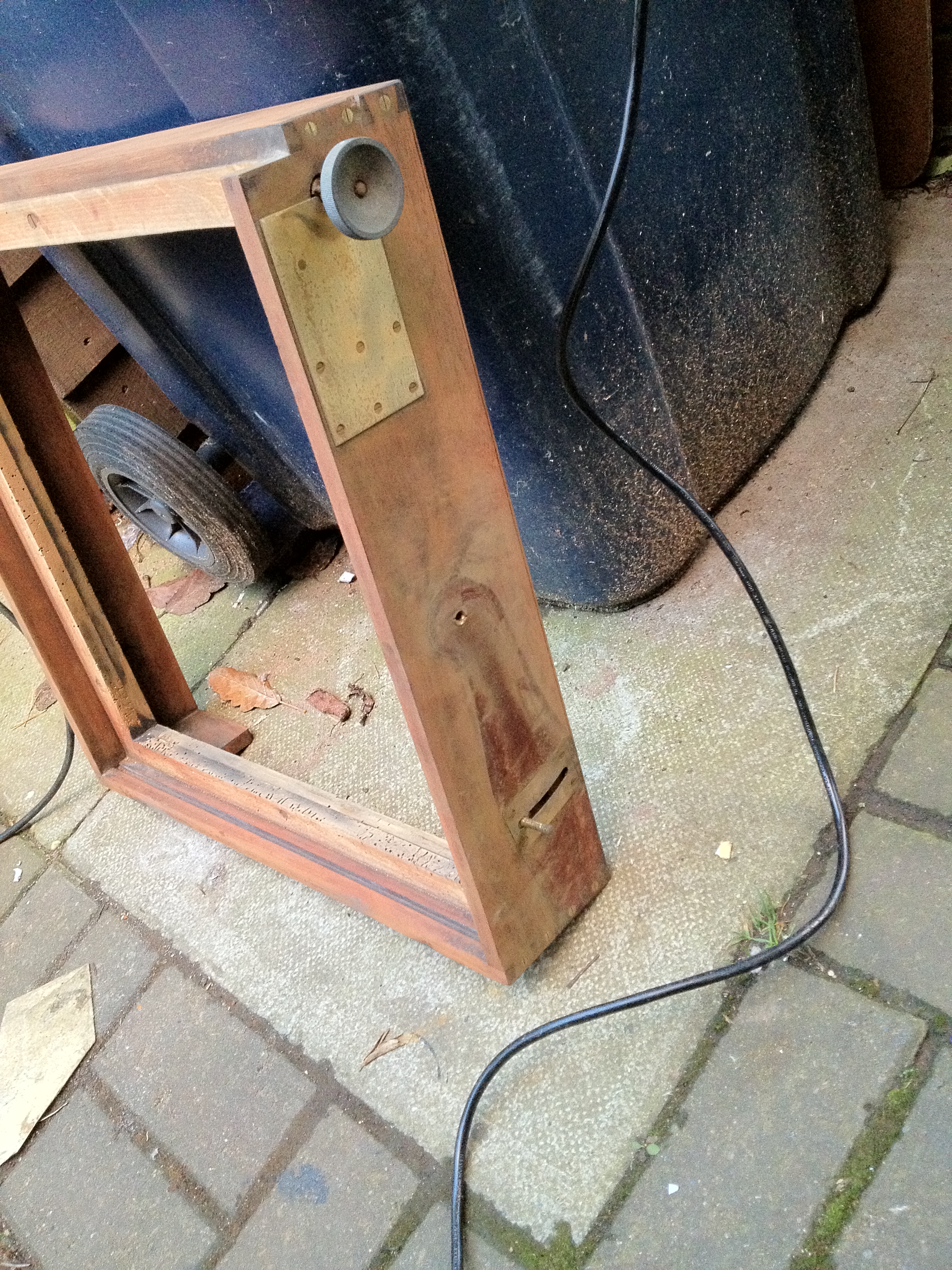 All of the brasswork was removed to be lightly sanded and polished up to a reasonable shine at some point: