Well. After many hours of sanding and repairs with not too much to show for the effort, I wanted to feel like I’d achieved something and made something shiny so decided to tackle the cleanup of the lens. It’s an Optimus 3B, adjusted by Perken, Son & Co Ltd of Hatton Garden, London. I measured the lens to be approx 6″ with an estimated f-stop of 3.5 or thereabouts – Waterhouse slot, but I’ll not be needing that. Nice and fast, just how I like them. If anyone can provide me with info on this design of lens I’d be very grateful. It seems to be reasonably common design for the times, although I suspect there may be an element missing from the rear of the lens. It does project a sharp image however, so I’m not too concerned. Might get some nice swirl…

Here it is before work began. Decided against removing the lens from the lensboard as the screws were rather enjoying 100+ years of being screwed in. Who am I to disturb them and potentially risk damaging the lens? 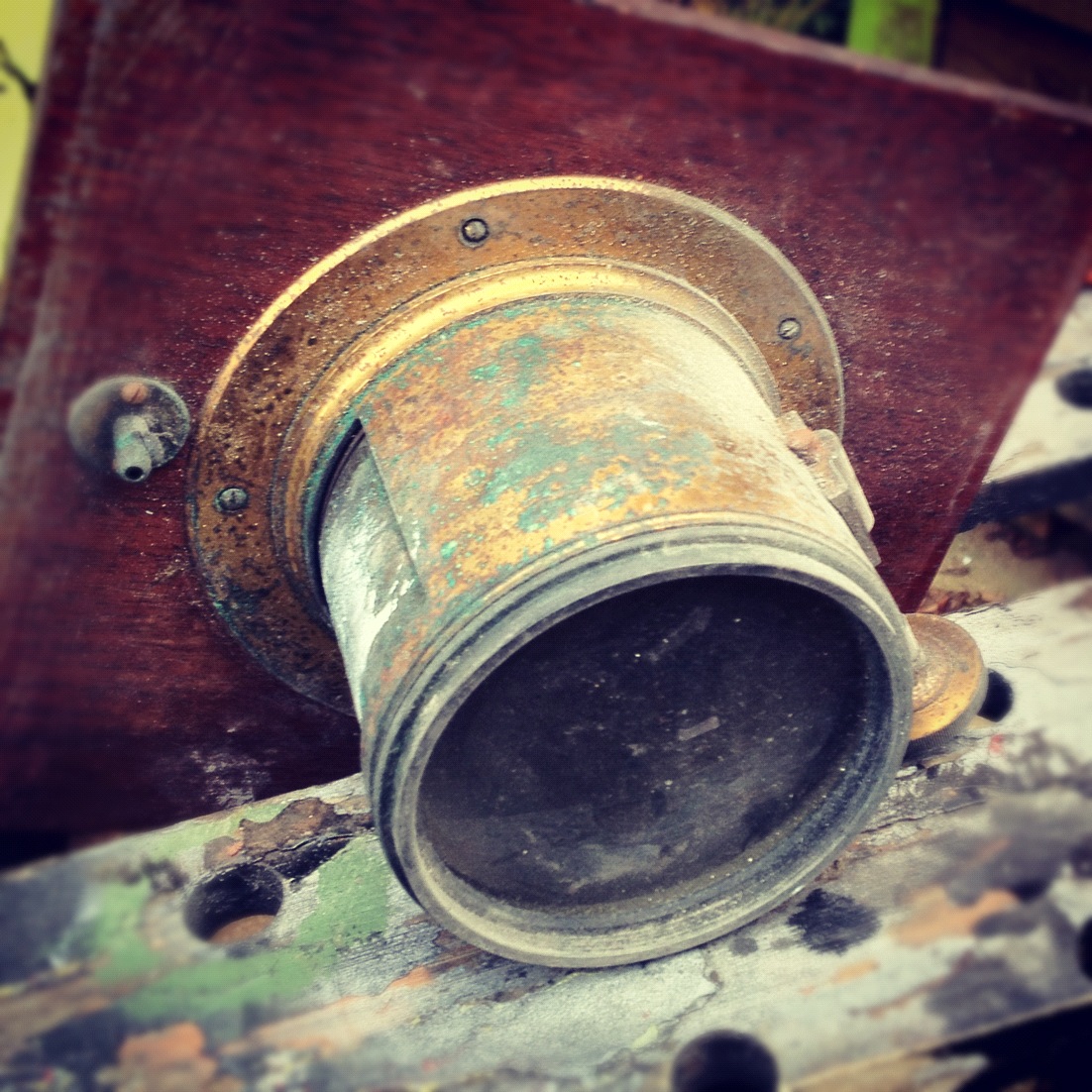 As with pretty much everything on this camera, it was in a very sorry state! Thankfully, the damage was all cosmetic and it needed not much more than the corrosion removed and a good polish, plus a clean up of the rack and pinion focusing mechanism which was removed after a bit of a struggle with the screws: 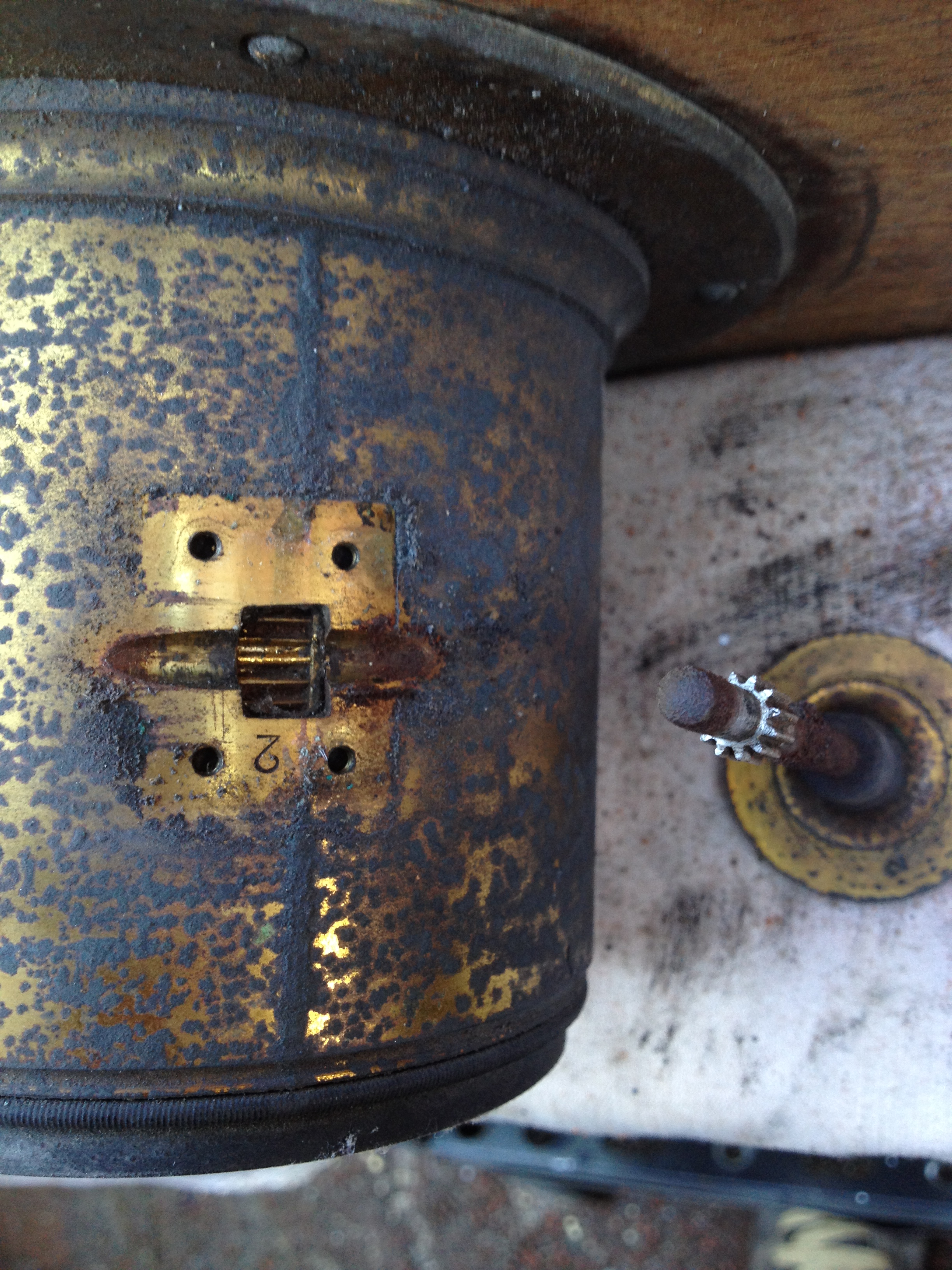 Lens barrel removed from outer casing. See how shiny the unexposed part of the lens is – something to aspire to: 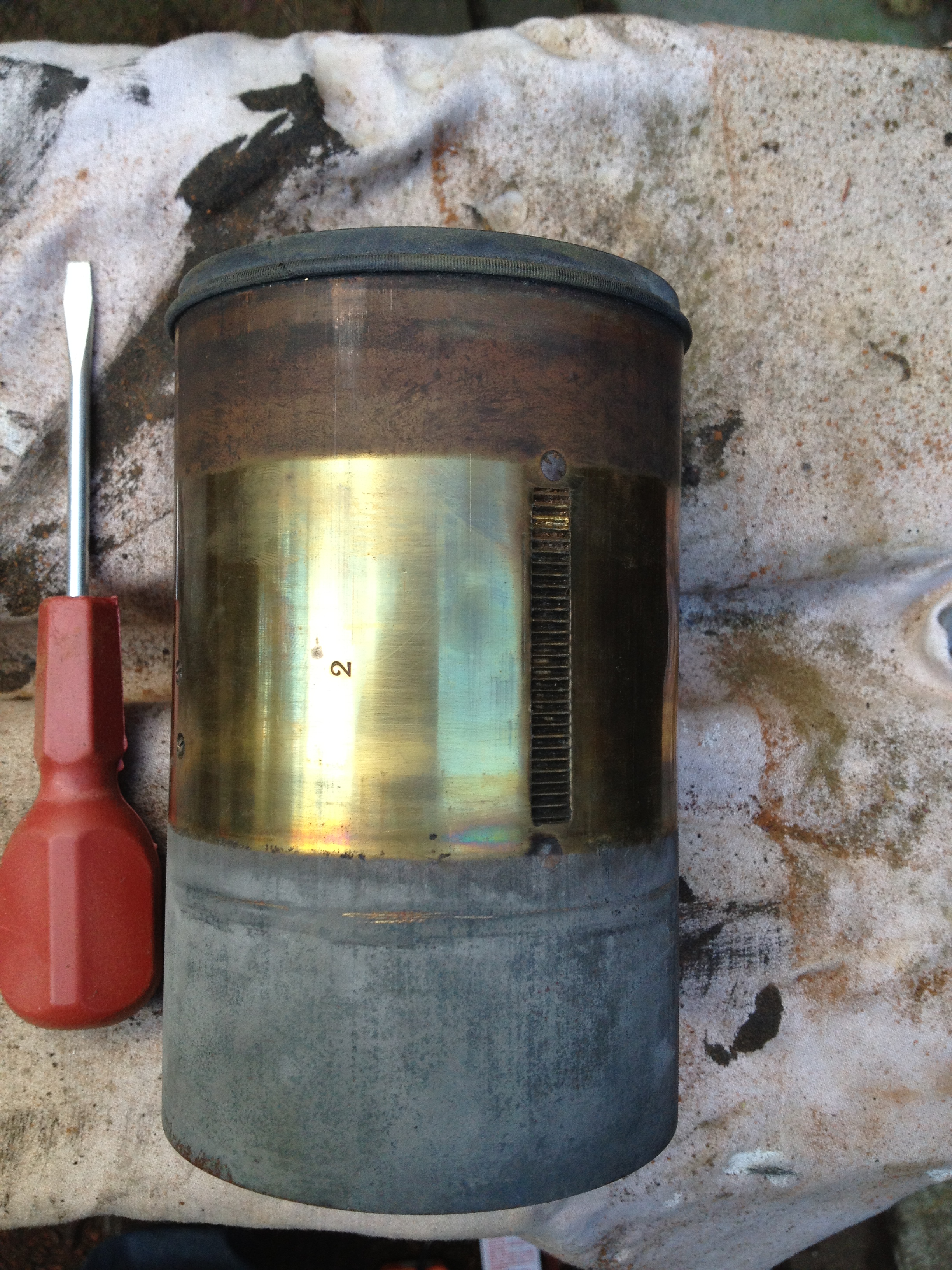 An initial light sanding with some fine grit sandpaper revealed the lens details: 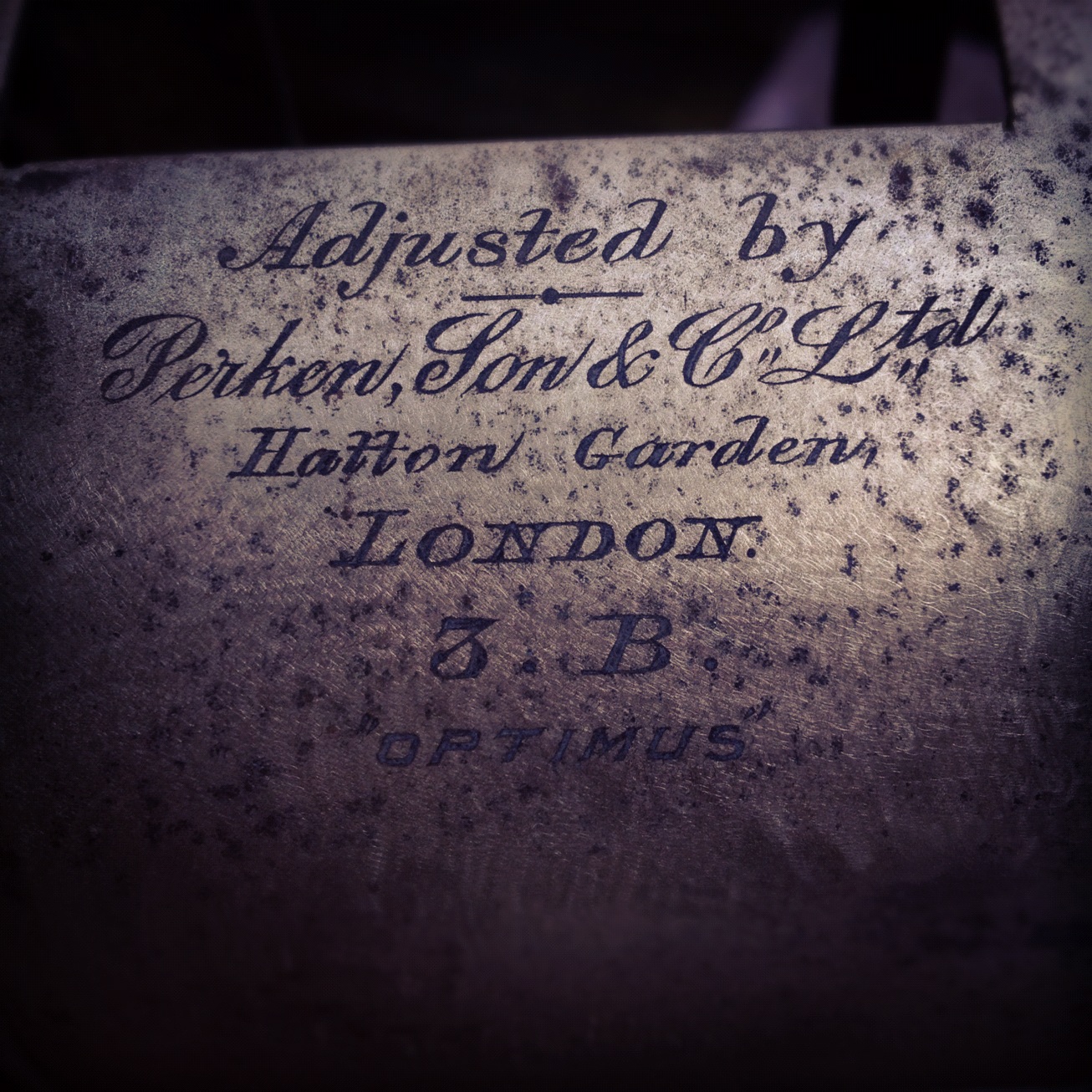 That’s as far back as I wanted to take it without potentially losing the words forever! Fast forward a few hours with a polishing mop and it looks shiny shiny! 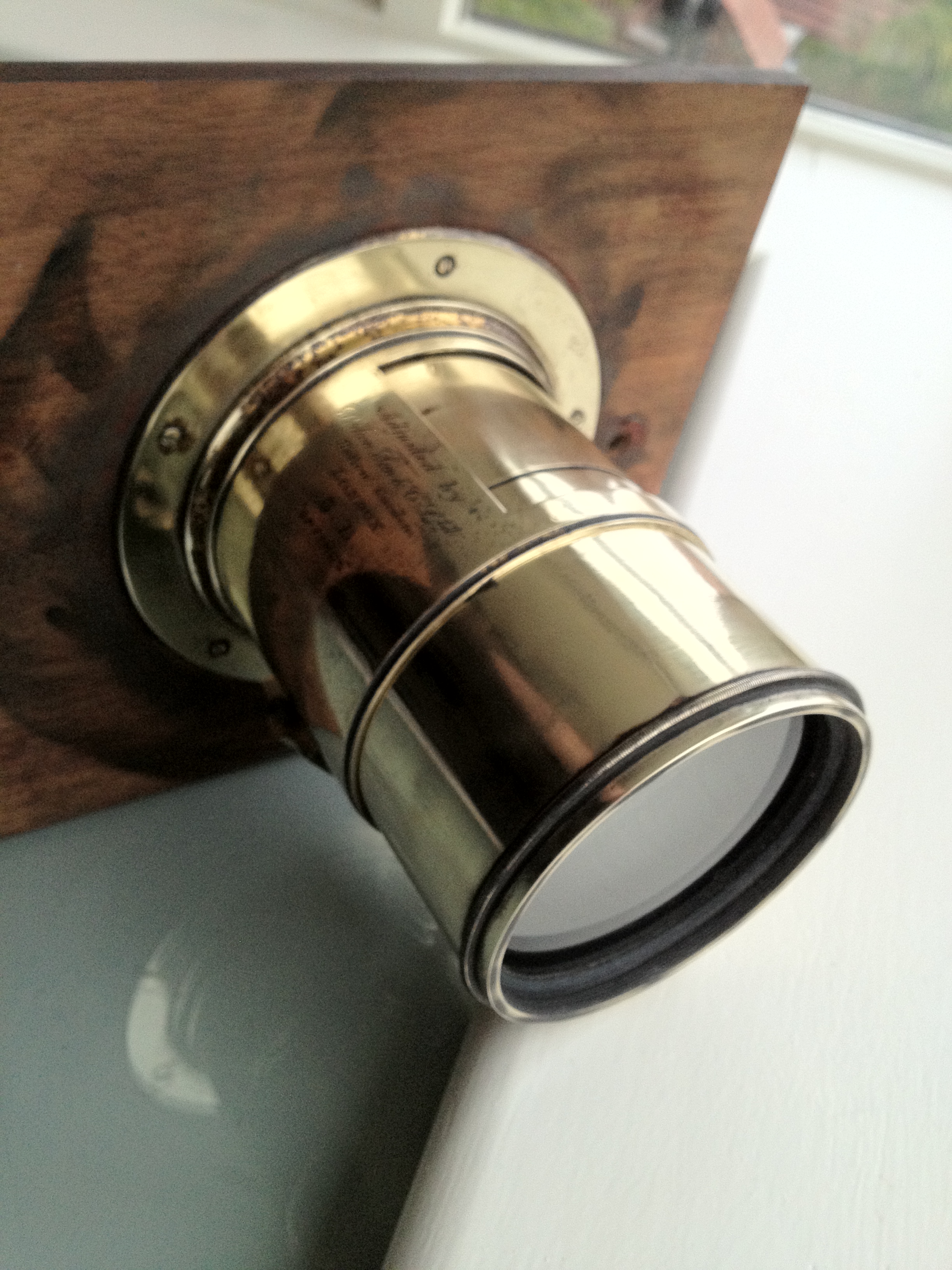 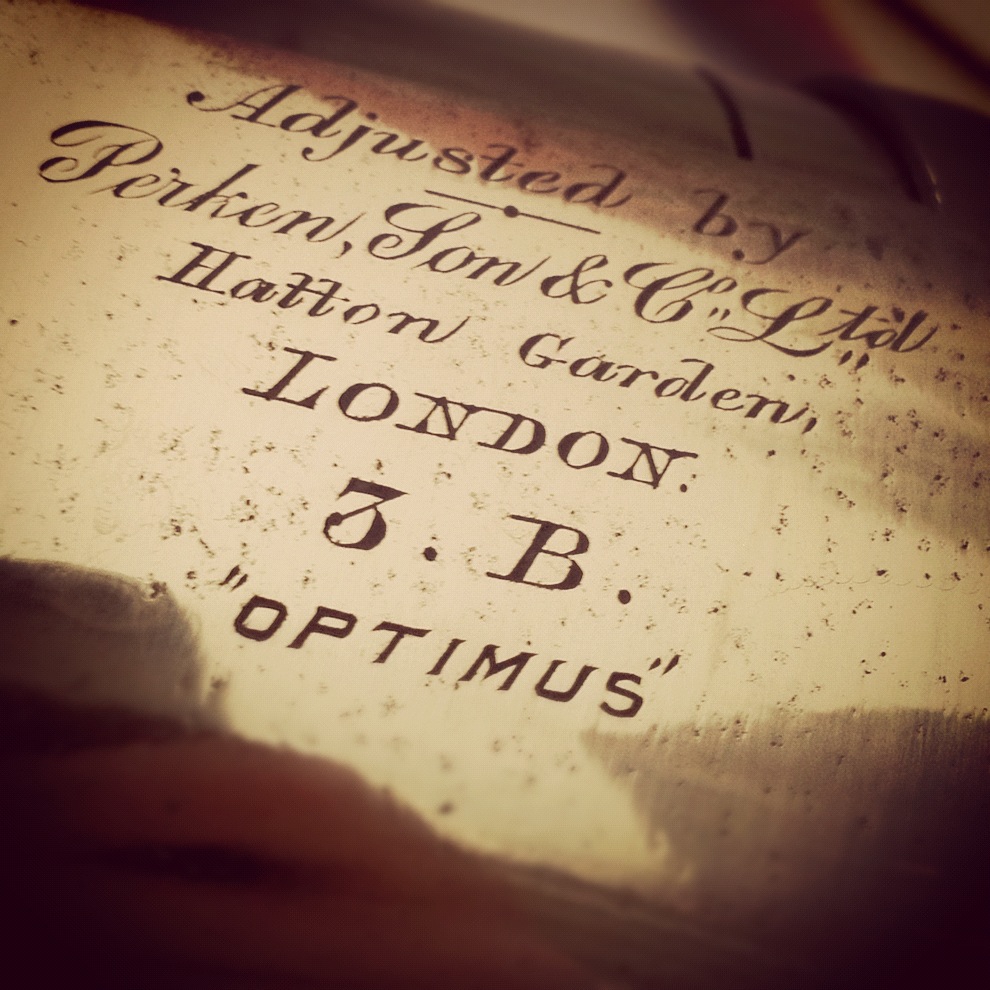 The glass was absolutely filthy. Some careful cleaning with lens cleaning fluid and it is now crystal clear: 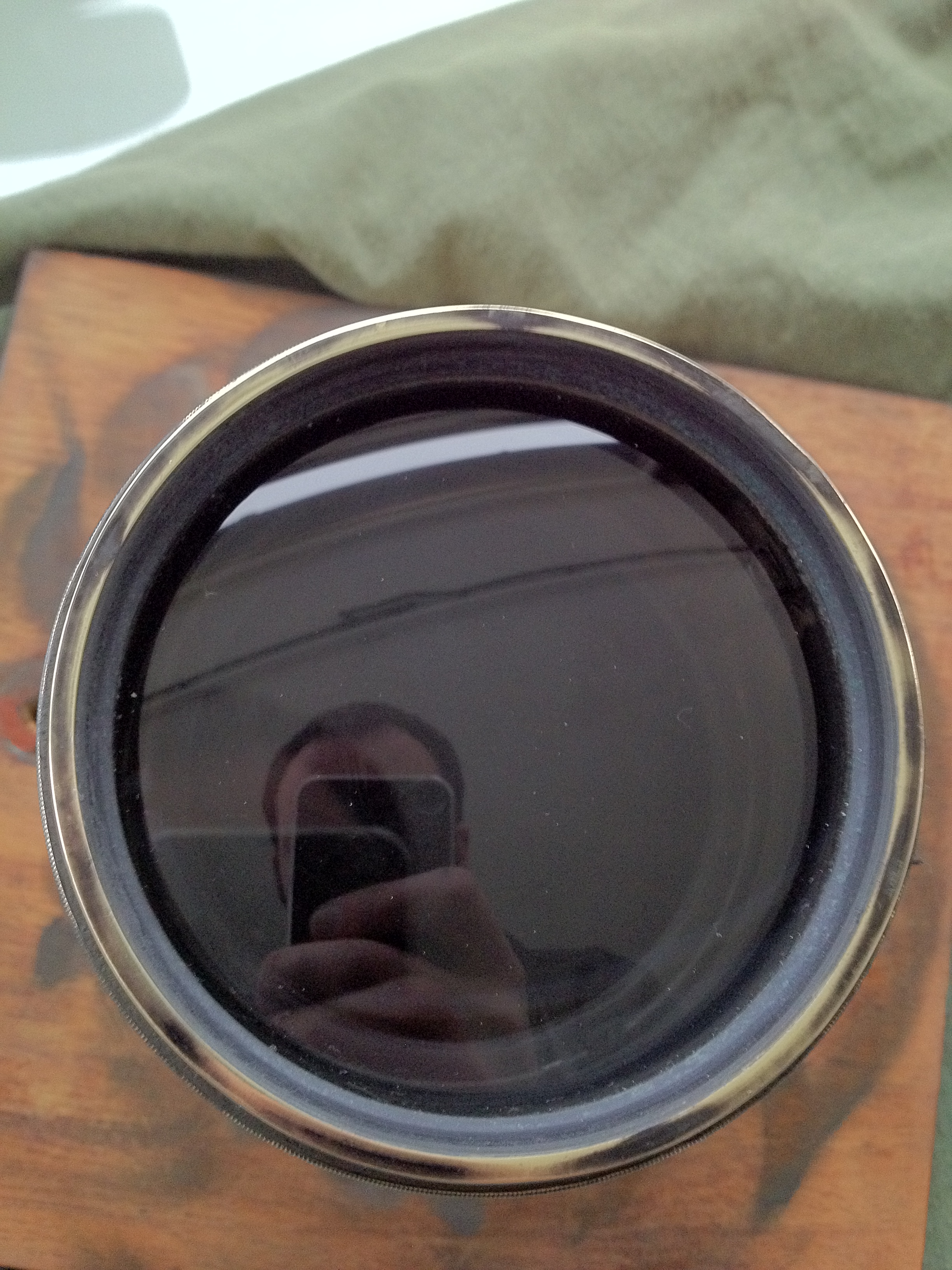 The only thing remaining was the lens hood which had not aged well. Whilst the aim of this project is to preserve as much original material as possible, the outer ring of the lens hood had become very brittle, beyond the point of repair. I’m fortunate to know a very talented gentleman (Mr David Young) who can make absolutely anything out of anything and he returned the lens hood to me the very next day looking as good as (if not better than) new. That’s some before and after! 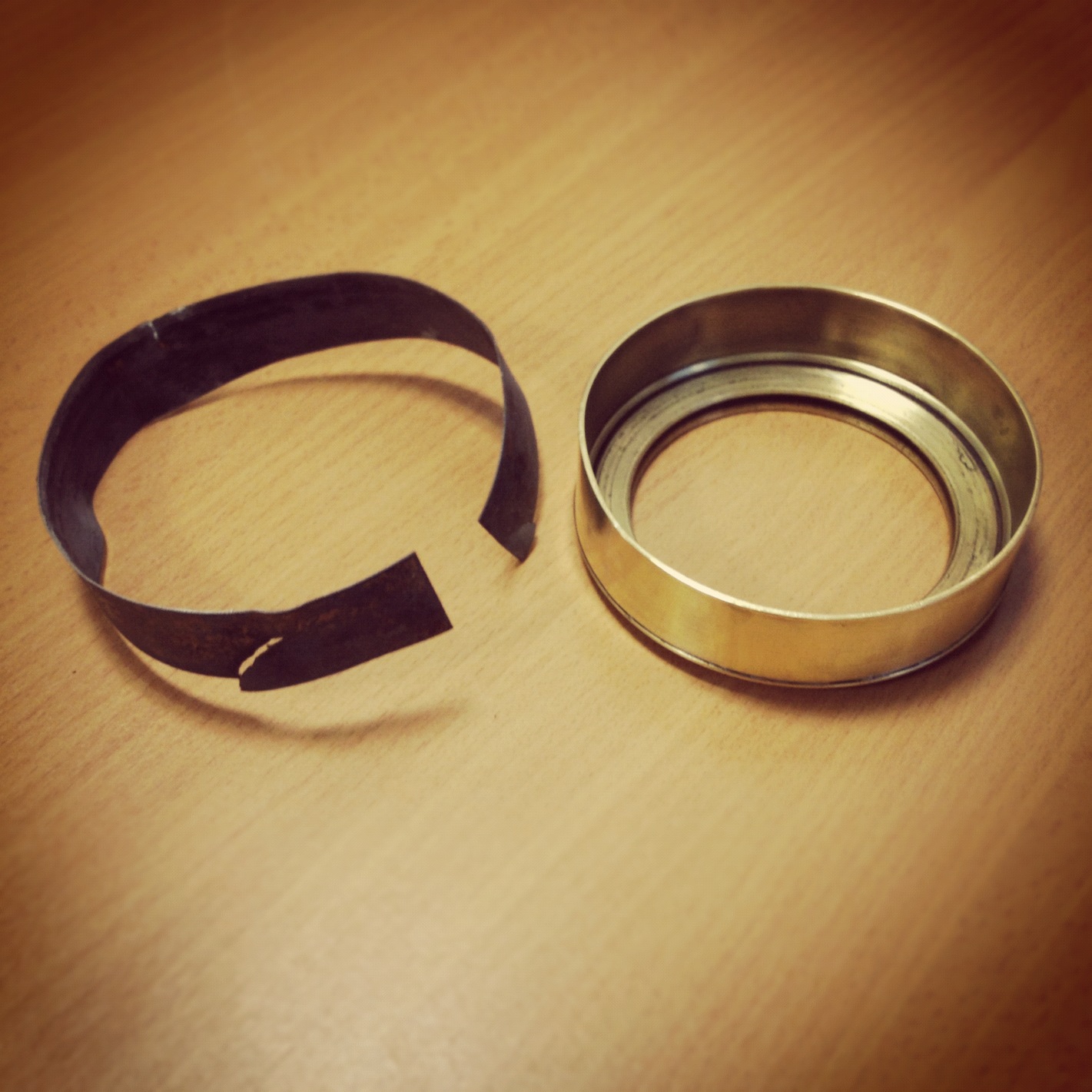 The inner ring of the lens hood has been painted with a flat back, and the lens is now pretty much good to go. Much progress has been made on the camera itself, but I will save that for another time. For now…