So, last post you may recall an impressive amount of woodworm damage in one of the legs of the stand which required a bit of attention…

Let me say firstly that I’m not exactly blessed with quite as much skill, tools or nice dry workshops when it comes to woodworking but I think, given the circumstances of working in between rain showers I have salvaged the camera stand to an acceptable standard. Especially considering it was destined to have either been fully eaten by woodworm or possibly just binned.

I’d initially hoped to have a light finish on the stand but it was clear it had been thoroughly stained black and that’s the way it had to stay without taking too much of the wood back. I chose a modern compromise for the finish: 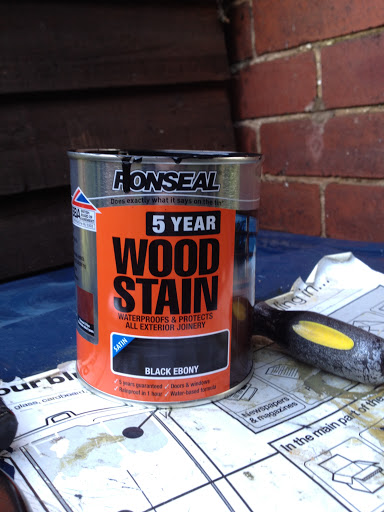 First up a repair piece was grafted into the top part of the stand after some exploration with the sander dissolved a large section of it. Wood filler used as sparingly as possible to fill the gaps. Here it is after sanding:

And after a coat of the wood stain, it won’t be seen once the camera is on. Not bad:

A final tidy up of the area surrounding the missing column, and a piece cut to shape before attaching the leg with screws and wood glue from the back for additional strength. Not pretty at this point: 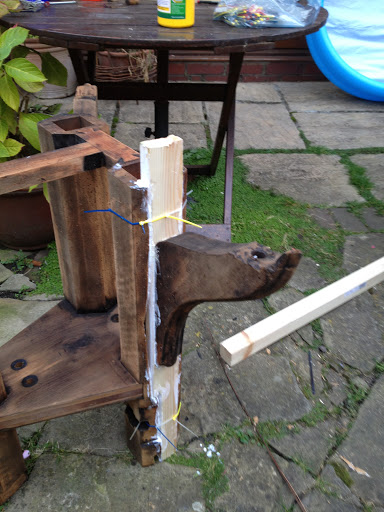 After filler and partial sanding: 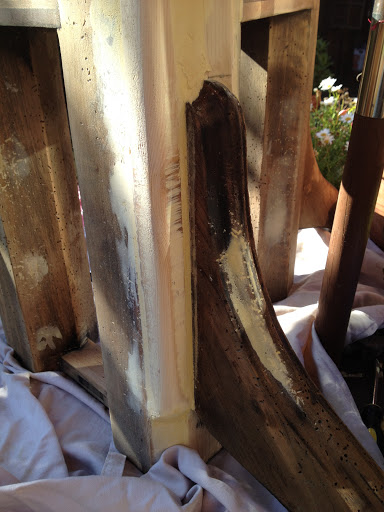 Again, not a pretty repair but after a coat of woodstain it’s a bit more acceptable. I have decided to leave the woodworm exit holes – call it character:

Now, moving onto the hardware and raising/lowering mechanism for the stand. Using engine degreaser to take the thick of dirt off I was left with this:

All in decent shape, save for some missing teeth from the rack and pinion cogs but see how it works once fitted. The degreasing revealed that some of the parts had been originally green – and to counteract the blackness of the stand I’ve stuck with my interpretation this colour scheme: 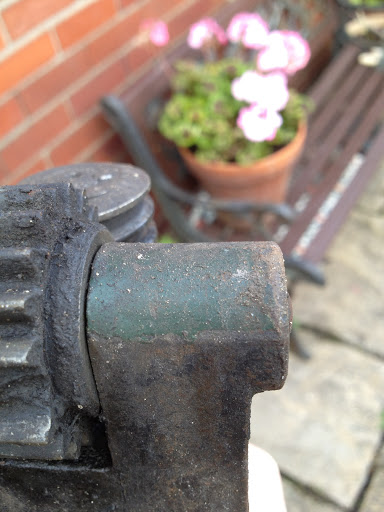 And here are the parts all painted up ready to refit after a bit of greasing:

Getting there…Once the wood stain had dried it was a case of deciphering all the photos I’d taken and bagged off parts to reconstruct the stand. I also gave the screws a bit of a polish to take off some of the rust. Half an hour later, and here is the near enough finished stand. 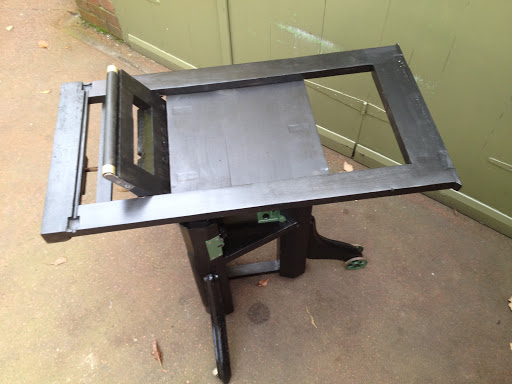 That’s all for now – progress has also been made on the camera itself, but that can wait for another update…