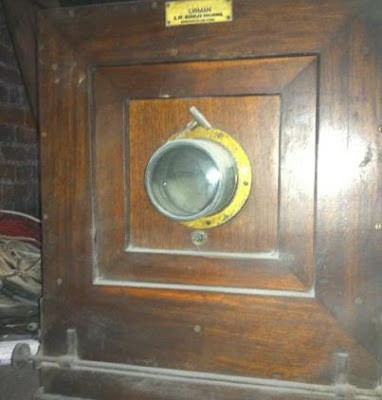 A slight precursor to this post for those outside of the North East of England regarding the word WASS.  Wass is a NE (or maybe Sunderland only) word which means massive, or huge, eg: ‘just seen a geet wass spider under me bed, like.’ And also a nod to the legendary ‘WASS HAIR’ unisex salon in Grindon.

Well, time to resurrect the blog (for now) as I’ve got a rather large project on the go. A month or two back, I was very kindly donated a huge studio camera, likely mid-late Victorian. It had been in the attic of a lockup belonging to the uncle of some very good friends, and he was glad to see it go to a good home where it’ll (hopefully) be returned to working condition and used! And very grateful I am for it too. Much thanks to Mr. Ramsey, Anna, and Uncle Ian.

It had been in the lockup for at least 60/70 years I think, according to Ian and the bloke who had the lockup previously. In all likelihood, it’s probably been there 100+ years. Also a theory that the building was previously part of land owned by the Doxford family so there could be an interesting Sunderland connection there… Here’s the photos which I was sent initially, I said YES straight away: 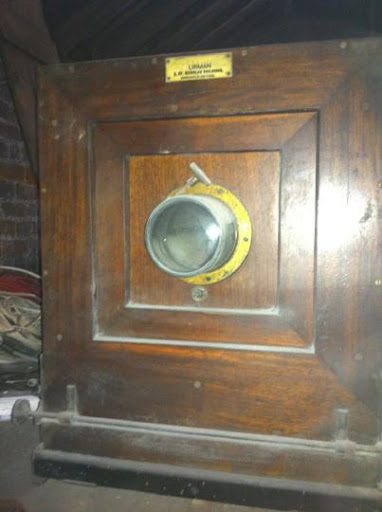 It was made by Urman, who were based in St. Nicholas Buildings, in Newcastle-upon-Tyne, so it’s a nice local camera. It is an absolute beast, will produce images 15×15″ or thereabouts, and comes with a wheeled stand, presumably for moving around the studio. Can’t imagine it was ever used outside of a studio environment, but I have a feeling it will be soon. Ha!

Incidentally, if anyone knows anything about the manufacturer I’d be grateful to hear more – there doesn’t appear to be any evidence online so I think a delve into some local trade catalogues will be in order. 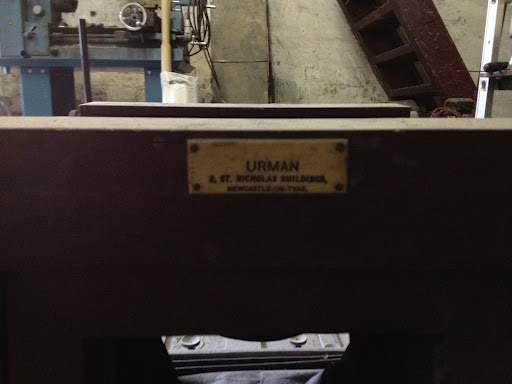 The lens is engraved by a well known manufacturer, bearing the words: ‘Adjusted by Perken, Son & Co Ltd – Hatton Gardens, London. 3B Optimus.’ Waterhouse stops too which would indicate this originates from late 1850s through to the early 1880s, although there is conflicting evidence of the Perken name changes in later years so I wouldn’t like to say for definite. It may have been a no-name lens which was fine tuned by Perken at a later date, who knows? Brass is in poor condition but glass is reasonably clear, and it does project a sharp image so I’m confident it’ll be usable. Bellows look beyond repair but I will evaluate those properly in due course…

Getting it down from the attic of the lockup via some very narrow and steep stairs was interesting to say the least. Ended up with 3 of us tying a rope around both the stand and camera itself and sliding them carefully down the stairs (separately!) to be caught carefully at the bottom. And here it is in the light of the workshop. Yikes. 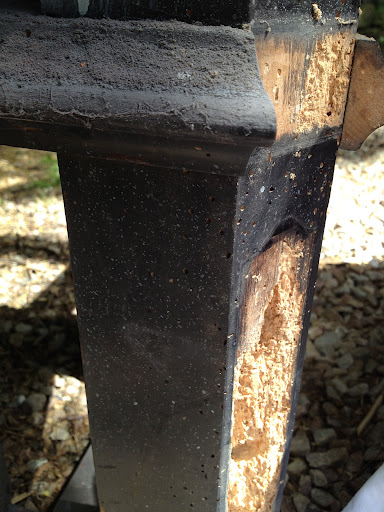 As you can see, the woodworm has clearly found the stand a tasty place to hang out and the worst bit of damage has caused one of the legs to pretty much fall off, dissolving the supporting structure around it. The rest of the stand is peppered with many holes, indicating the beetles are long gone now. The camera itself has a smaller amount of woodworm damage – nothing that can’t be fixed though… Next post – work begins!